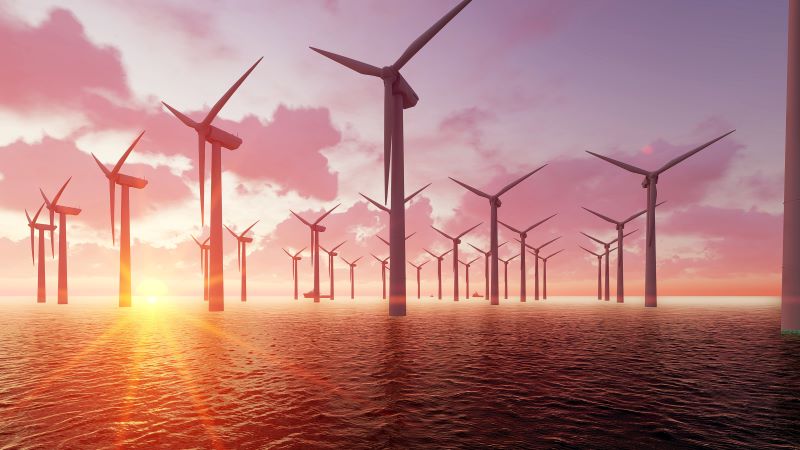 At the end of last year, the UK prime minister Boris Johnson unveiled his plans for a ‘green industrial revolution’ that aims to tackle climate change while creating new jobs in the UK. We take a look at each component of the ten-step plan, and how it can contribute to the UK reaching net zero by the 2050 goal.

Previously, the UK had set a target of 2040 by which the sales of new internal combustion engine vehicles would be prohibited. As part of the green industrial revolution, this date has been moved forward 10 years to 2030, with the sale of some hybrid cars permitted until 2035.

Road transport accounts for 22% of the UK’s total carbon dioxide emissions, so the ICE ban is a move in the right direction. The good news is that the affordability and availability of electric vehicles are improving; however, a charging infrastructure large enough to support a nation of EVs is currently lacking in the UK without any firm plan to rectify this.

Johnson’s plan includes an increase in hydrogen power production and a promise to have a town heated entirely by hydrogen by the end of the decade. The use of hydrogen has a minimal environmental impact. It can be produced through sustainable sources such as solar energy, wind, biomass and water.

However, the current most popular method of sourcing hydrogen is as a by-product of natural gas extraction, a process which releases methane into the atmosphere, which traps even more heat than carbon dioxide. For hydrogen power to be truly sustainable, investment will need to be made in better sourcing practices.

The green industrial revolution also includes more investment in nuclear power as an alternative energy source. One major problem with this is that the cost of building nuclear power plants in the UK is incredibly high and another is the amount of nuclear waste produced which needs to be safely stored. This move might not be a particularly helpful one in the attempt to reach net-zero emissions.

The green industrial revolution plan also includes investment in offshore wind, with a promise that offshore wind power will be increased four-fold to 40GW by 2030, which would be enough to power every UK home. The price of offshore wind has decreased, making this goal more achievable, however, onshore wind would be an even cheaper alternative.

The UK’s electricity grid is not currently able to support this increase, and there is yet to be an announcement detailing plans to upgrade it. Investment in wind power is undoubtedly a shift in the right direction but these issues will need to be addressed for it to be viable.

One of the pledges of the green industrial revolution is to promote the use of public transport as well as walking and cycling, in an attempt to move away from inefficient and environmentally-harmful private car use.

This advice has long been given by environmentalists, but many have found it unfeasible due to the distances they travel as well as the unreliability and cost of public transport in many areas.

Unfortunately, due to the COVID-19 pandemic, the likelihood of people willing to switch to public transport is even lower. Detailed plans will need to be revealed before the plausibility of a widespread shift to public transport, walking and cycling can be determined.

Support for greener aviation and shipping has also been announced. This is incredibly important due to the emissions produced by these sectors, but there is little clarification of what these plans are and how quickly they can be implemented.

One solution could be hydrogen fuel, with Airbus revealing three concepts for zero-emission commercial aircraft, and there is potential for the use of hydrogen fuel in the form of ammonia for shipping.

Part of the green industrial revolution involves addressing the energy-ineffectiveness of UK homes and buildings. The government has pledged that £1 billion will be used for funds to insulate homes and public buildings, generated from the existing green homes grant and the public sector decarbonisation scheme.

There are many improvements that can make homes and buildings more energy-efficient, such as different types of insulation and alternatives to gas boilers such as heat pumps. Heat pumps are currently expensive, however, and homeowners will need to be incentivised to make the switch.

Johnson has also pledged to make London the global centre of green finance. Green finance prioritises low-carbon technologies and integrates current and future financial risks from climate change into financial decision making. Investing fully in green finance will mean decarbonising the transport, water, and energy networks across the UK, as well as the energy-inefficient older buildings. The extent of this investment, however, is yet to be confirmed.

In order to reach net-zero emissions, we will also need to remove existing carbon emissions from the air through carbon capture technology. The government has promised to invest an extra £200 million in this area. This technology has produced positive results across the world, and its implementation in the UK can’t come soon enough, but where the finances will come from is uncertain.

The natural method of carbon capture is planting trees that absorb the CO2 and produce oxygen. As such, the green industrial revolution promises the planting of 30,000 hectares of trees every year. If this promise is honoured, then significant strides will be made towards reaching net zero. However, so far, the government hasn’t met their target of growing new woodlands, casting doubt on the fulfilment of this pledge.

The planting of trees is important worldwide, not just in the UK. One simple way you can support worldwide tree planting is by using SearchScene as your primary search engine and selecting Eden Reforestation Projects as one of your charities. We then donate 95% of the profits we make through advertising to your chosen charities.

The outline of the green industrial revolution in the UK contains many steps in the right direction, but there are still plenty of unanswered questions regarding funding and tangible action plans to make those changes happen. With the legally binding Paris Agreement looming overhead, there is pressure on the government to make these improvements work, but only time will tell!