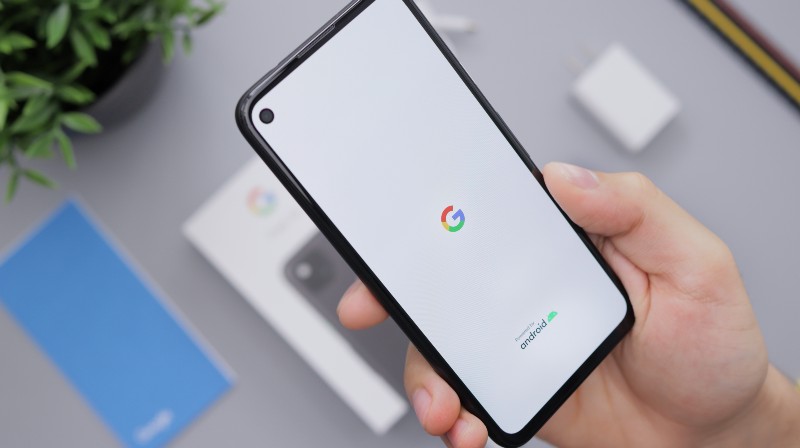 Photo by Daniel Romero on Unsplash

Famously, Google’s unofficial motto had been ‘don’t be evil’ for a number of years. Recently, however, they removed almost all mentions of it from their code of conduct and other company communications, which caused quite a stir back in 2018! We take a look back at Google’s history over the past couple of decades and why the motto has changed.

The story of the ‘Don’t Be Evil’ motto

‘Don’t be evil’ had been Google’s unofficial motto since 2000, when it first appeared in the corporate code of conduct. During that time, the phrase was deeply incorporated into Google’s company culture to the extent that it was used as a Wi-Fi password on Google shuttles.

However, in 2015, when Google was reorganized under Alphabet in a corporate restructure, the motto was quietly changed to ‘do the right thing’. The phrase was then removed almost entirely from the code of conduct in 2018, with just one reference remaining at the end.

Why was the motto removed?

It is not clear exactly why Google removed almost all mentions of the phrase ‘don’t be evil’ as they have not commented on the move.

However, interestingly, the move came as a dozen employees resigned after the company’s continued association with the US military. About 4,000 employees had signed a petition against the company’s involvement with Project Maven, a partnership with the US Pentagon to develop AI in military work. After no action was taken, twelve employees left the company, arguing that working on autonomous weapons directly contradicted the firm’s famous motto.

Don’t be evil’ was no longer a true reflection of the company’s values; it was now nothing more than just another corporate marketing tool.

Google’s former Head of International Relations, Ross LaJeunesse, has also written an article about why he left Google when he realised that the motto no longer mattered to the company.

In 2010, Google stopped cooperating with Chinese government censorship on search results, meaning that they would sacrifice access to that market (and those profits) to make a stand on free speech.

However, in 2017, LaJeunesse learned that the company had been developing a new version of a censored search product for China named Dragonfly. He also spoke about his concerns over deals with the Saudi government, given their track record with human rights. He recommended a company-wide human rights programme, but executives denied him.

Perhaps even more damning is LaJeunesse’s account of the Google workplace culture, which is often put on a pedestal, but which he describes as involving bullying and discrimination. LaJeunesse continued to raise his concerns with HR and senior executives but was eventually told that his job role was no longer available.

He concludes the article with this notable statement: “‘Don’t be evil’ was no longer a true reflection of the company’s values; it was now nothing more than just another corporate marketing tool.”

Alongside these incidents, there have been many other concerns about Google’s unethical actions, including tax dodging, data mining practices, its monopoly of the market and more. Many of these are exposed by ex-employees of Google who criticise the company’s actions and culture.

Evil is a strong word and the simple fact that they removed this phrase from their code of conduct and other communications does not mean that they did so because they now want to be evil.

However, it is clear that Google has struggled to stay true to its original motivations, with numerous scandals over the years suggesting that they prioritise profits over doing good.

The removal of the famous (or now infamous) motto instead seems to mark a shift in public perception of Google — we rely on it, we find it useful but increasingly the general public are aware that the company doesn’t have their best interests at heart. Instead, they are a multinational corporation whose main focus is profit.

This has been helped along by ex-Google whistleblowers and documentaries like The Social Dilemma where ex-employees of Google and other tech companies gave insights into ‘where it all went wrong’ and how surveillance capitalism and data mining have now become key components of these tech companies.

An interesting part in the documentary is when Tristan Harris, a former design ethicist at Google, describes the time when he distributed a presentation called ‘A Call to Minimize Distraction & Respect Users’ Attention’.

This is interesting because the only mention of ‘don’t be evil’ that remains in the Google code of conduct is “And remember… don’t be evil, and if you see something that you think isn’t right — speak up!”. However, Tristan Harris did just that, and although he received positive feedback from many of his colleagues, no action was ever taken on the presentation that was his version of speaking up.

In short, Google are no longer seen as the ‘good guys’ they once branded themselves as, which could be why the decision was made to remove a motto that no longer resonated with the public using Google’s services.

So, if Google have failed in their mission not to be evil, are there other options? It might be hard to imagine a world where we don’t rely on Google — a search engine that has a 92% share of the search market — but we’re here to tell you that yes, it is still possible to avoid their products.

A good way to start is by finding an alternative search engine that suits your needs and is truly focusing on doing good in the world, rather than making profits. At SearchScene, for example, we donate 95% of our profits to world-renowned charities. We are working hard to provide users with a search experience that ensures they won’t miss Google!