The first Nobel Prize Summit will be held this year from 26 to 28 April as a virtual event and the theme is ‘Our Planet, Our Future’. We outline what will be involved in the summit, why it is being held and what are the key findings of the report published for the summit.

What is the Nobel Prize Summit?

The first Nobel Prize Summit is being held this year to contemplate the key lessons learned in the global response to the Covid-19 pandemic and to use these to push forward on actions to fight climate change and biodiversity loss and reduce inequality.

According to their website, it will bring together Nobel Prize laureates, scientists, policymakers, business leaders, and youth leaders to explore the question: what can be achieved in this decade to put the world on a path to a more sustainable, more prosperous future for all of humanity?

Our actions are making the biosphere more fragile, less resilient and more prone to shocks than before.

The virtual event will combine keynotes and lively discussion with live performance and theatre. Those taking part will include Nobel laureates such as Al Gore, the gene-editing pioneer Jennifer Doudna, and immunologist Peter Doherty, as well as Anthony Fauci, the chief medical adviser to US president Joe Biden, and the Dalai Lama.

It is free to attend, but you need to register.

What is the State of the Planet report?

The ‘State of the Planet’ report has been released in advance of the Nobel Prize Summit and summarizes recent research on human activity and its impact on Earth, showing that saving the planet is a big task.

Lead author Carl Folke, director of the Beijer Institute of Ecological Economics and chair of the Stockholm Resilience Centre, states: “In a single human lifetime, largely since the 1950s, we have grossly simplified the biosphere, a system that has evolved over 3.8 billion years. Now just a few plants and animals dominate the land and oceans. Our actions are making the biosphere more fragile, less resilient and more prone to shocks than before.”

The information that is presented in the report certainly backs up his statement. For example, a key finding in the report is the following: “Seventy-five percent of Earth’s ice-free land is directly altered as a result of human activity, with nearly 90% of terrestrial net primary production and 80% of global tree cover under direct human influence.”

Another key finding from the report is: “Within the coming 50 years, one-to-three billion people are projected to experience living conditions that are outside of the climate conditions, which have served civilizations well over the past 6,000 years.”

All in all, the findings of the ‘State of Our Planet’ report are quite devastating and only serve to reinforce the hard work that we must do to save our planet! It is hoped that the Nobel Prize summit will act as a catalyst for advancing the conversation on climate action and becoming stewards of planet Earth.

What are the aims of the Nobel Prize summit?

One of the key focuses of the first Nobel Prize Summit will be technology. The researchers involved suggest that we are already largely aware of some of the important solutions, such as renewable energy and plant-based diets, but we also need to look at two key barriers: global inequality and technology that undermines societal goals.

Scientists and analysts have warned that the rise of ‘fake news’ and misinformation about climate change on social media platforms is having an alarming impact on the fight against climate change.

One author, Owen Gaffney, argues, “one of the biggest challenges now facing humanity is our inability to tell fact from fiction. This is undermining democracies, which in turn is limiting our ability to make long-term decisions needed to save the planet.”

The organisers suggest that we need to redirect our approach to technological change, for example looking at how new technologies such as AI and synthetic biology could help save the planet. They advocate for planetary stewardship and responsible innovation.

The use of technology for social and environmental good is something we feel passionately about here at SearchScene. We believe that technology companies don’t need to exist purely to make profits. As an alternative to Google, we donate 95% of our profits to charities with a focus on fighting climate change and combating global inequality.

We also want to be a part of the fight against misinformation online, which is why we have a dedicated news hub with articles by reputable publishers that our users can use, rather than relying on reports from social media. 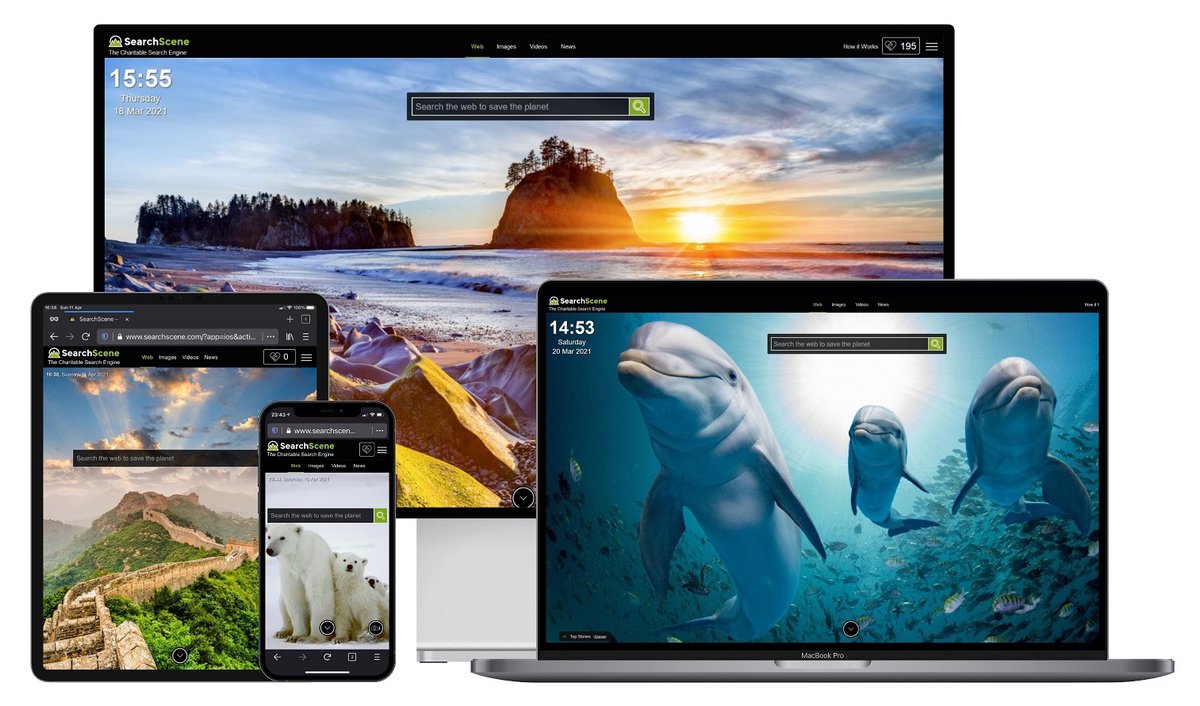