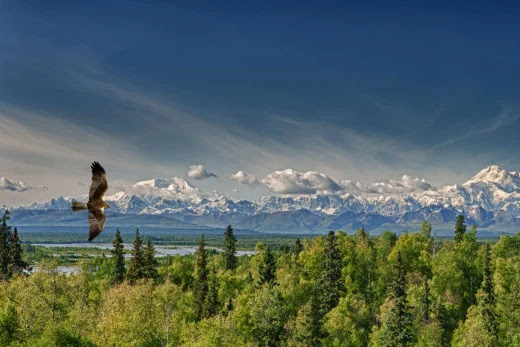 Deforestation is a pressing global issue affecting animals, humans, and the environment. One solution that could shift the tide is reforestation. In this article, we look at the advantages of reforestation and why it’s so important to support reforestation efforts wherever you can.

What is the current situation with deforestation?

In 2019, Australia suffered a loss of tree cover six times worse than in 2018 due to the devastating bushfires that were exacerbated by droughts and high winds caused by climate change. In the same year, forest loss in Bolivia was 80% higher than any other year on record, which has also been attributed to climate crisis-induced droughts and strong winds.

Satellite-based analysis from the University of Maryland found that nearly 12 million hectares of tree cover was lost across the tropics in 2019, which equates to a football pitch-sized area of tropical rainforest being lost every six seconds. Almost 4 million hectares of this forest was old, dense and carbon-rich rainforest that was home to a huge range of wildlife.

Over a third of the tree cover loss in the tropics comes from Brazil, where illegal deforestation in the Amazon is becoming much worse and fuelling the problem globally. Numbers released by Brazil’s INPE (The National Institute for Space Research) show that 10,100 km2 of forest cover was lost between August 2018 and July 2019, compared to 6800km2 the year before, representing a 34% increase in forest clearings.

Deforestation is the largest source of greenhouse gas emissions from Brazil and, due to the sheer size of the losses, poses an international climate problem.

Deforestation is the largest source of greenhouse gas emissions from Brazil and, due to the sheer size of the losses, poses an international climate problem.

Deforestation may have a link to global pandemics like COVID-19

It may be surprising to some that there is a link between deforestation and outbreaks of diseases in humans such as SARS, Zika, Ebola and, most recently, Covid-19. However, many experts believe that more global pandemics are inevitable unless we tackle deforestation.

Peter Daszak, the president of EcoHealth Alliance, states that the origins of most pandemics are in ‘emerging disease hotspots of the world; the edge of forests in regions such as west Africa, the Amazon basin and south-east Asia’. This is because ‘tropical rainforests are home to a rich diversity of wildlife, which in turn carry an array of viruses.’

Daszak estimates that around one-third of emerging diseases are due to human encroachment into these areas, as this encroachment puts them into direct contact with wildlife they had not previously encountered and, by association, the estimated 1.7 million viruses carried by mammals and birds.

The contact between humans and these new species of wildlife has also led to a dangerous practice of the sale and consumption of such animals, which markedly increases the risk of widespread disease transmission.

Deforestation also destroys the habitats of many animals, causing them to go extinct, and those species that survive are the ones that are more likely to host pathogens that can spread to humans and lead to the outbreak of a new disease.

This was supported by a recent study of hundreds of ecological sites around the world that found that ‘the populations of species known to host diseases transmissible to humans — including 143 mammals such as bats, rodents and various primates — increased as the landscape changed from natural to urban, and as biodiversity generally decreased’.

What are the advantages of reforestation?

Much change is needed to counter the negative effects brought on by deforestation, by taking actions such as reducing wildlife exploitation, removing animals with pathogenic risks from wildlife markets, and curbing the harvesting of tropical timber. Another method that can make a significant difference is reforestation.

Some of the key advantages of reforestation are:

The regions that are affected most significantly by deforestation are the poverty-stricken and underdeveloped areas, where members of the community must work cutting down trees for use in fuel, heating, and agriculture just to survive. One of the key advantages of reforestation is that it offers jobs to these communities that help to reverse this damage and rebuild their own environments whilst also stabilising their local economy.

For example, Eden Reforestation Projects make their practices sustainable and ethical by employing local people to plant the trees in a longstanding reforestation effort, rather than just planting them themselves and then leaving. At the time of writing, the Eden Projects are responsible for the planting of almost 385 million trees across 8 countries and have created close to 4 million workdays for local people.

How can you help support reforestation efforts?

While reforestation has many advantages, without funding, there isn’t much that reforestation projects can do to make a difference. What’s more, whilst they are very worthy causes to donate to, not everyone has the resources to do so.

One simple change you can make to support causes like Eden Reforestation Projects is to start using a charitable search engine, such as SearchScene, as your primary search engine.

Our profits are primarily made through advertising, and 95% are donated to charities including Eden Reforestation Projects that are focused on helping the environment and preventing the climate crisis. You can search the web to save the planet.

This article first appeared on Blogspot.