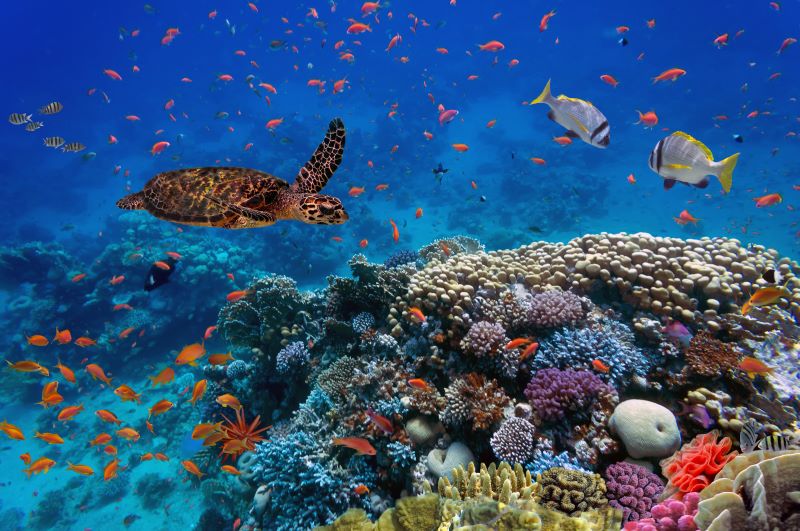 If you stay up to date with news about the environment, you will most likely have heard about the growing problem of plastic pollution in our oceans.

We don’t know how long plastic waste takes to degrade, or if it ever will without the help of scientific innovation, which means that we are slowly filling up our planet with rubbish that we can’t get rid of. Not only that, but it can also cause significant damage to wildlife, particularly when it ends up in marine environments.

In this article, we take a look at how we can work to stop plastic pollution in our oceans.

What is the current situation with plastic pollution in our oceans?

Although some plastic can be recycled, much of it ends up in landfill, or eventually makes its way to all the different natural environments on our planet.

There is plastic in our forests, on our beaches and, perhaps most alarmingly, in our oceans. Once plastic is in the ocean, it is extremely difficult to recover and it might eventually break down into microplastics, which are invisible to the naked eye and can further damage our ecosystems.

Here are some disturbing statistics on plastic pollution that have been compiled by WWF:

How can individuals work to stop plastic pollution?

There are growing calls to stop the consumption of single-use plastic in our everyday lives. Although it can be hard for individuals to avoid as it is often in our food packaging or other goods we purchase, there are choices that we can make to limit plastic pollution.

These include, but aren’t limited to, the following:

Although it is important for individuals to cut down on their own single-use plastic, there also needs to be fundamental change on a larger scale.

What is WWF doing to prevent plastic pollution?

When it comes to plastic pollution in our oceans, a lot of the focus in the past has been on capturing ocean-bound plastic and preventing it from entering the oceans. This is, of course, important work but we believe it does not tackle the root of the problem.

Instead, more important work can be done at earlier stages – organisations like WWF are instead making excellent progress with political action to prevent plastic from being bound for the ocean in the first place.

WWF, the Worldwide Wildlife Fund, believes every country is part of the marine plastic pollution crisis and there should therefore be a united global response. They are campaigning to create a global and legally binding UN agreement as a priority.

They believe the agreement should:

In February, they announced in a tweet that the governments of Ghana, Ecuador and Germany came together to champion the development of a global treaty to stop plastic pollution. They also highlighted that they need more governments to get involved.

How can you support WWF in fighting plastic pollution?

The easiest way to support WWF in their mission is by signing the petition to ask governments around the world to commit to a global agreement on plastic pollution.

You can also join WWF as a member, give a one-off donation, or adopt an animal. Another great way to support their work without spending any money is to use SearchScene as your main search engine instead of Google. You choose the charities you want to support using the heart icon in the corner of our homepage, and we donate 95% of the profits we make through advertising.